How I Built a Grassroots Environmental Movement to Stop a Pipeline

My story as an unintentional social changemaker

By Lynn Nichols - organizer, environmental activist, and co-founder of NoPipeDream

As a quiet person, I always admired people who joined movements and acted for a cause. I was not one of them. It wasn’t for a lack of passion. Passion I had in spades for women’s rights (really, human rights) and the environment. It’s what led me to double major in psychology and sociology, and why I spent the first 10 years of my career working for non-profit human service agencies. The kind where I qualified for those very benefits myself due to the low pay. It didn’t matter. I wanted to right some wrongs. Then kids came along and all my energy went to raising them and finding ways to support them. I didn’t lose my passion for social change, it just got silenced for a while. Twenty years to be exact. Fast forward to today. 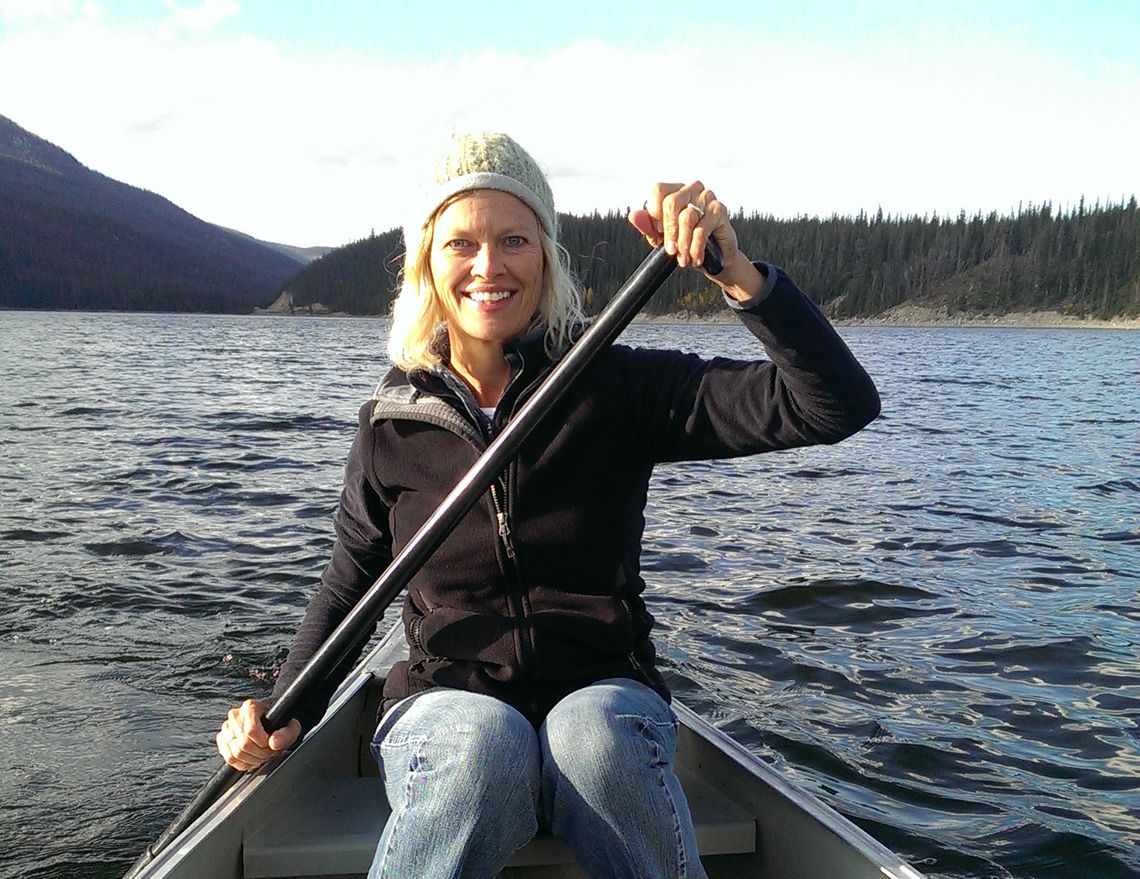 I didn’t intend to start a grassroots movement. If I’d known what would unfold and what it would demand of me, I’m not sure I would have taken that first step. The truth is I first acted impulsively out of anger, but am fortunate we managed to turn that anger into a positive movement for good.

In late 2017, I discovered the city of Thornton, a Denver suburb, was planning to run a 6-foot-wide water pipeline under a nearby road, which meant seizing adjacent private property by eminent domain, plowing through wetlands, disturbing protected habitat, draining a river, and creating years of construction headaches for the 300 residents who use the road as a single-access entry to their homes and the 6,000 commuters who use it daily to get to school and work. Planners were trying to push it through quietly to avoid a fight. 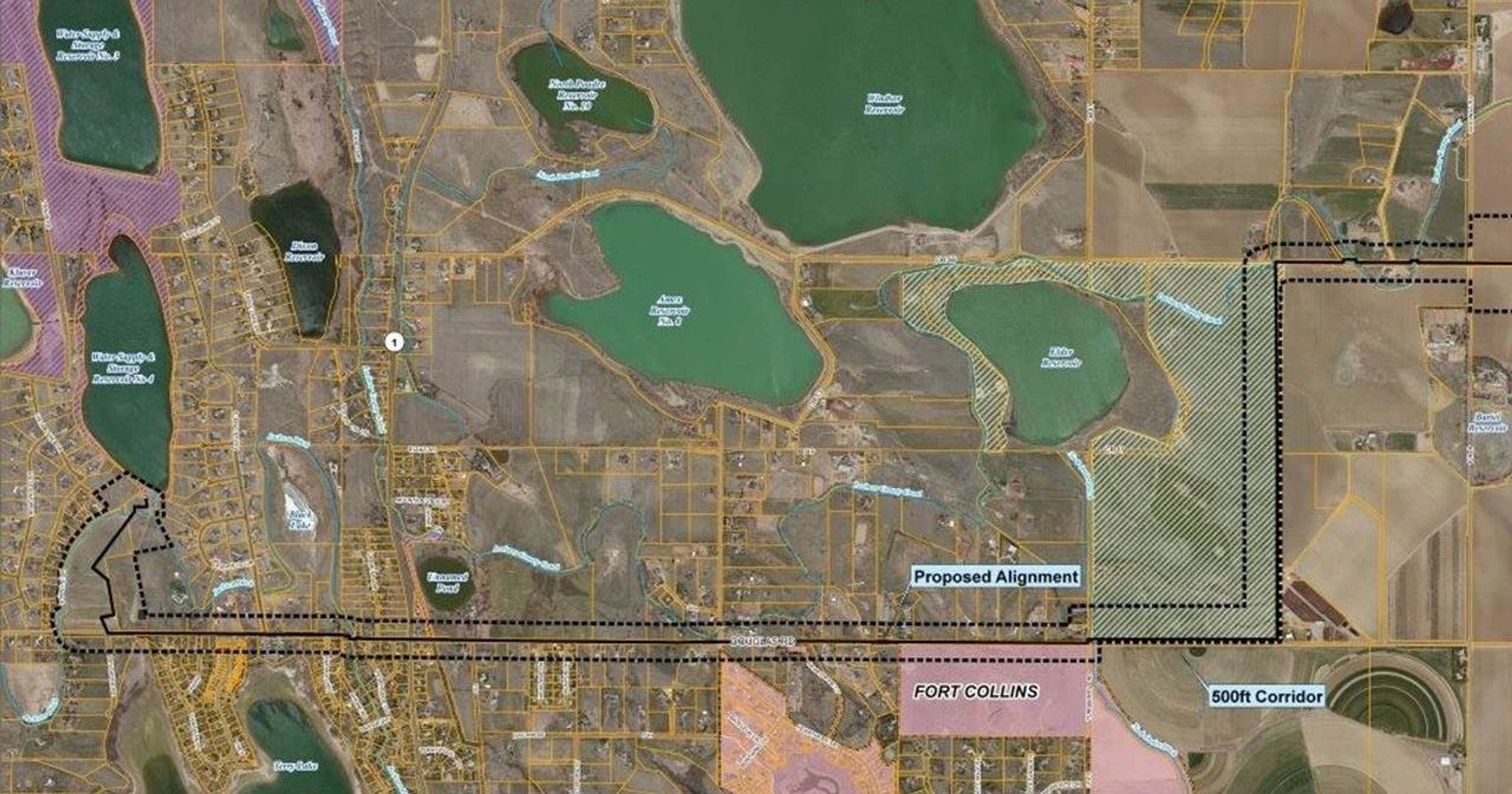 The proposed path for the Thornton Pipeline would cut through existing communities and natural habitats.

Some might say “it’s their right.” After all, the municipality had bought the water rights. They acquired them 30 years ago in a questionable real estate grab — buying out dozens of area farms all at once solely for the water rights—a process called “buy and dry.” In my view, it’s an irresponsible way for municipalities to get water in the West. For years, they diverted farm water via canals for agricultural use, then when the time was right, converted those agricultural rights to municipal rights. Now, they want that water.

The thing is, they bought the water, not a route to get it to them. Why should local people sacrifice so a city far away can take their water? Especially when there’s a better way: letting the river that runs through our town serve as a natural pipeline, rather than wrecking the local environment building 20 miles of pipeline. By comparison, using the natural river would be a win-win for our group (and the rest of Fort Collins) and the Denver suburb. No pipeline would mean undisturbed neighborhoods and a healthier river for us, and savings of $100 to $150 million for them not building the pipeline. The health of our wild and scenic Poudre River is already struggling under water demands. Sometimes the river runs nearly dry in winter months.

The Start of the Thornton Pipeline Battle

When we first found out about the pipeline, we called on the town asking to negotiate a compromise as good neighbors. They ignored our complaints, insisting they had the right to take water from the river’s head gate. Technically, they were wrong. The water they bought rights to originated from the farms, much farther away.

I didn’t know all this on day one. I was simply so pissed off I knew had to act. All I knew was a Denver suburb was trying to force a big pipeline through our lands and neighborhoods with no environmental checks or public vote. Where were the protesters? How come no one else seemed upset?

True, Thorton's city planners did a good job keeping the project under wraps. In the end, it didn’t matter what others were thinking: I was inspired to act. I did what came to mind first: I typed up a petition and called on a neighborhood friend to go door-to-door with me to get signatures. I also left a paper petition on my milk box outside my front door and made an announcement on Nextdoor that people could come by and sign it.

Within a few weeks I had over 300 signatures! I was emboldened. 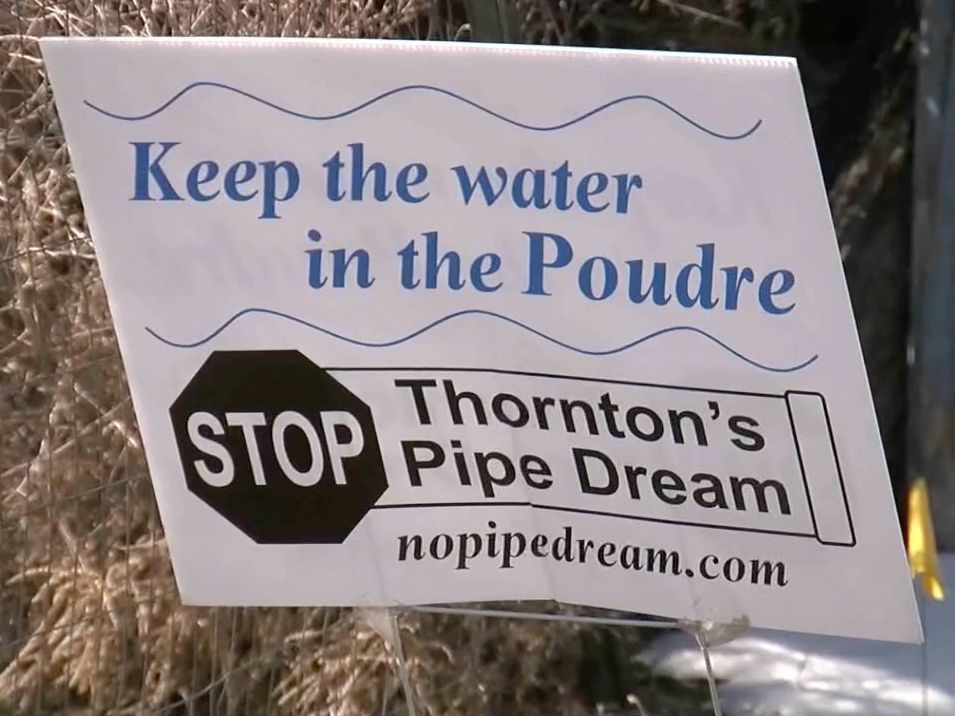 A few other neighbors stopped by to voice their own concerns. Soon, six of us gathered around my kitchen table, deciding what to do next. From there, No Pipe Dream was born. We launched a website (nopipedream.com), started a letter writing campaign, wrote opinion pieces for the newspaper, and started attended every county commissioner meeting we could.

Building Momentum for Our Movement

Early on, an ex-county commissioner joined me to co-lead the group. She also helped educate us on local laws and processes. My paper petition became an online petition, which generated nearly 600 signatures and created our supporter base for email blasts and fundraising efforts. When you're doing grassroots organizing, it's an important early milestone to get a large enough email or contact list to follow up with and grow momentum for your movement.

From there, we began to formalize our structure. We formed "The Magnificent Seven," a spontaneous steering committee of committed women. We made yard signs and placed hundreds along the proposed route. We launched a GoFundMe and raised $25,000 from neighbors and river supporters. We hired a hydrologist to create a report on why the river route was possible. We hired a land-use lawyer to present our case at public hearings. We made CORA (Colorado Open Records Act) requests against our county and the Denver suburb and learned the two had been mapping out the route for years without public input.

It was amazing how people stepped out of the woodwork as our grassroots organizing gained momentum. A business owner who had riverfront property in the downtown area sponsored full-page newspaper ads for us, which drew city-wide support for our efforts. Save the Poudre, a local river advocacy group, joined us in the fight and helped us build a small coalition.

When We Organize, We Win

We never really believed we could do it - actually stop the pipeline. Every time I walked my dog a neighbor stopped me and said, “Good job, but you know you’ll never win. It’s a done deal.” I shrugged, walked away and thought, “Maybe so, but we definitely won’t win if we don’t try.”

Not only did we try, we did the unthinkable. We won. All in all, there were seven public hearings over the proposed pipeline. The outcome was in the hands of three commissioners, two of them conservatives. County staff pushed heavily for the Denver suburb. Yet we’d created a huge wave of public outcry. Thanks to our organizing, thousands of people wrote emails to the commissioners, hundreds came to the hearings and signed up to speak, stretching hearings out over weeks and weeks.

What did the commissioners do in the face of all our activism and protesting? They voted the pipeline down, 3-0. We made history. Never before had a 1041 application been denied in our county. Never before had a land use hearing run beyond a single night. We were stunned by our success, and so grateful for all the supportive friends and allies who joined our side.

Along the way, I also achieved something I didn’t think I was personally capable of: I helped organize and lead a grassroots movement. Shy, held-back me who hated public speaking.

I stood in front of a room of 400 people and led a presentation. I was interviewed several times by media and made the nightly news more than once. I spoke in front of the commissioners. No Pipe Dream, our little, original group of six people in a kitchen, is now a non-profit corporation with a real board and hundreds of supporters. All because on one fall day I got so angry that I just had to act. That one action - creating a paper petition - started a movement.

In fact, that's usually what positive movements take: the courage to take that first step.

If I can do it, believe me, anybody can.